The Fire and Rescue Department says it is an offence for contractors to use such flammable materials, which are usually cheaper. 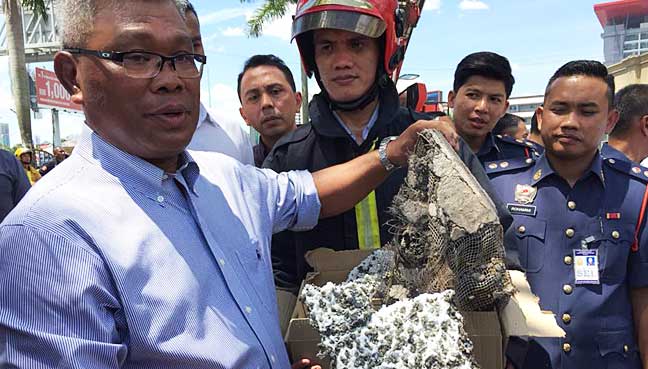 PETALING JAYA: The Fire and Rescue Department says flammable cladding, ignited by sparks from maintenance work, caused the rapid spread of the fire at the Employees Provident Fund (EPF) building here today. Deputy director-general (operations) Soiman Jahid said the cladding used on the building’s exterior was made from polyfoam. 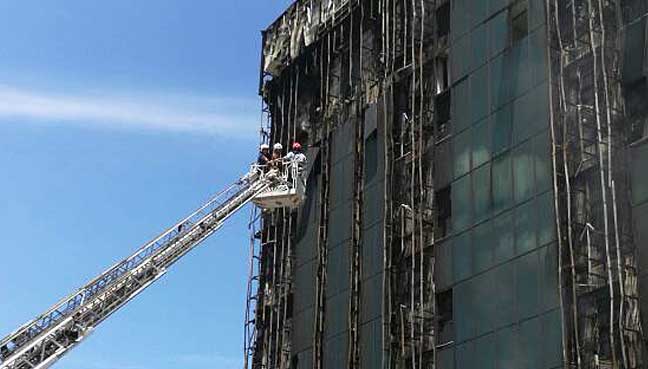 “The fire did not start from inside the building but from the cladding installed on the outer side of the building.

“Based on our early investigations, we found that the EPF building had used flammable cladding which sped up the fire.

“The fire started from the first floor where maintenance work was ongoing. The hot weather and strong winds contributed to the fire spreading to the upper floors.”

Flammable cladding was also blamed for the Grenfell Tower fire in London on June 14 last year, which resulted in 71 deaths. Soiman said some “unimportant files” on the sixth floor of the EPF building were destroyed.

He confirmed however that no victims were trapped inside, and that all 527 people in the building were safely evacuated. 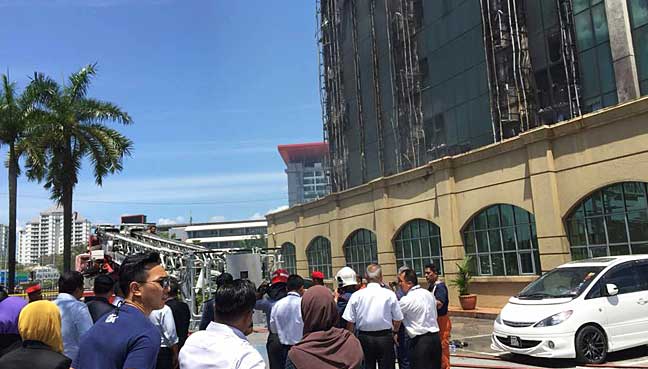 Soiman said it was an offence for contractors to use such flammable materials, adding that the contractor did not get approval or the required safety certificate from his department.

“We have uniform building bylaws which state that each building structure needs to use materials from Class 0. This means any building that uses any flammable material has gone against the building laws.”

He said his department would inspect buildings and would not approve any work that uses combustible materials.