44% of expats in Malaysia are happier since moving here 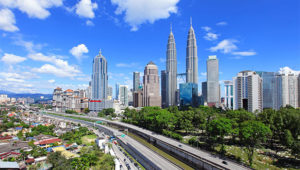 Overall, 44% of all expats living in Malaysia said they are happier since the move here.

While Singapore has been consistently rated by expats as the best country in the world to live and work, Malaysia is rapidly rising up the ranks.

According to HSBC’s new Expat Explorer survey, jumping from 28th to 25th place overall, the country offers simplicity and smooth transition for expats in finding accommodation (61%), organizing healthcare (54%) and arranging childcare and schooling (52%).

In fact, more than half (55%) live in a better property than in their home country and have the means to take more holidays, 28% have more domestic help, while 18% even said they donate more to charity.

Surveying more than 27,500 expats about their experience abroad, the survey revealed 41% of expats globally adopted a more positive outlook on life after moving abroad, with 44% becoming more physically active (45% in Malaysia).

At the same time, parents often find setting up childcare and schooling easier in Asia – 52% in Malaysia, and 41% in Singapore, against a global average of 39% saying that it is easy to set up childcare and schooling for their children in their host country. Parents in Malaysia (46%) also found it less expensive to raise children in their host countries against a global average of 22%.

Lim Eng Seong, country head, retail banking and wealth management, HSBC Bank Malaysia, said:”Malaysia continues to draw expats with Europeans (44%) and Eastern Asia (18%) forming the bulk of expats here, according to this year’s findings. One of the reasons why they love settling down here is the friendly nature of our people. Looking for accommodation, organizing healthcare and schooling are all easy to do in Malaysia, hence the plus points for expats to move here.”

Apart from unveiling the best places in the world to live as an expat, the survey also found that life abroad typically increases expats’ income by 25%, with expats globally earning USD99,903 a year on average.

Besides earning more, expats also save more abroad, with 52% of expats globally saving more than in their home country. Those living in Asia said they are able to save more than the global average including China (55%), India (64%), Malaysia (63%), and Singapore (65%).

Globally, these savings were found to be directed to expats’ long-term financial goals. Funding their retirement (45%), buying their first or next property (34%) and protecting themselves and their family, property, and possessions (27%).